2 Heat the vegetable oil in a large heavy-based saucepan with a tight-fitting lid. Add the popping corn, put the lid on and shake the pan to coat the kernels in the oil. Put the pan over a medium-high heat. The kernels will begin to pop, and when they do, carefully shake the pan occasionally.

A few popcorn kernels might not pop – just remove them.

3 When the popping subsides, remove from the heat. Cool for 5 minutes.

4 Whisk the egg whites and cocoa powder together in a large bowl. Stir in the cooled popcorn and dried cherries. Share the mixture between the bun cases, then bake for 8-10 minutes until set. Leave to Cool.

You could use sultanas or dried apricots instead of cherries. 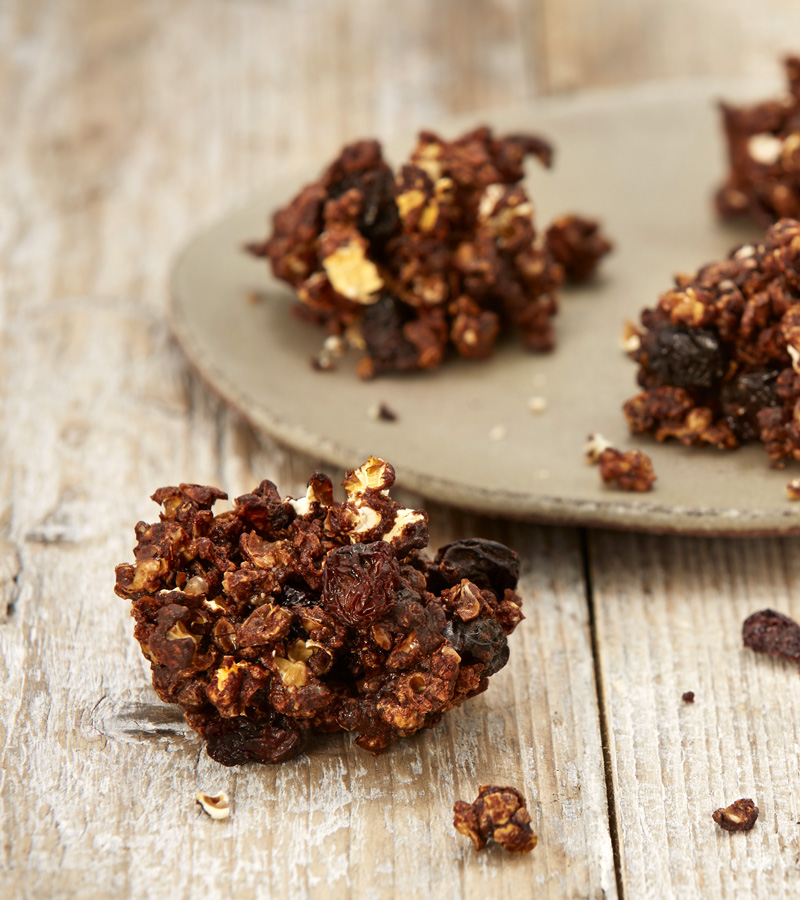 Send us your photos