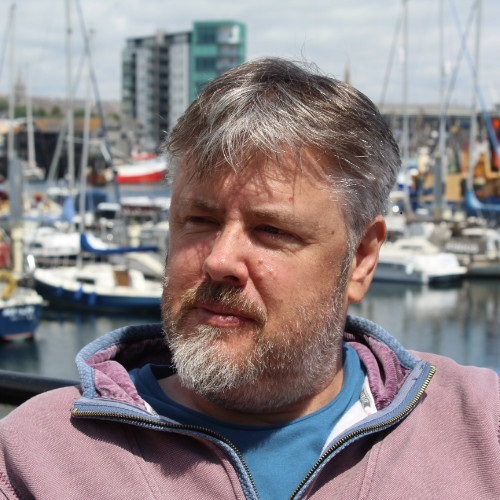 Paul started smoking when he was 18 and by his late 40s was smoking about 10 small cigars a day before he became smokefree.

He tried quitting a few times in the past without success. Then he tried an e-cigarette and found it really helped to gently transition his mind and body away from tobacco. Although vapes may require a little getting used to, he found them very satisfying:  “Vaping dealt with the habit side of smoking as it replicated the action of smoking and satisfied my hand to mouth addiction.”

Vaping gave him the enjoyment of smoking without the harmful chemicals. He really liked how much ‘cleaner’ vaping felt, containing no tar, no carcinogenic toxins and didn’t leave him smelling of smoke.

“I really didn’t like smelling of smoke, and it’s even worse with cigars. One of the biggest advantages to vaping is that it doesn’t leave you smelling of smoke. The smell of vaping is generally pleasant – in my case, mostly strawberry!”.

He also noticed real improvements to his health: “When I switched to vaping I noticed a difference to my physical health. I started to breathe more easily. Within two months of quitting I found that I could easily climb steep tors on Dartmoor. I walked straight up the tors without stopping, whereas before I would stop to catch my breath”

“When it came to smoking breaks at work, it’s much quicker to have a few puffs of vape than smoking a whole cigarette. Also, most workplaces are smokefree but they will allow vaping outside.”

Over time Paul reduced the strength of nicotine. He started at 18 mg, then went down to 12 mg and now he uses the 6mg fluid. “I started off trying several different flavours, now I generally have fruit flavour with a cool mint, which is refreshing; a bit like cleaning your teeth!”

In addition, Paul was delighted at how much money he has saved since quitting tobacco: “It’s safe to say that vaping is much cheaper than smoking! The cost of cigarettes is so expensive, I’ve saved so much money.”

Paul offers the following advice to anyone considering quitting smoking using a vape: “Start off on the highest nicotine level and reduce it over time. Persevere with it as it is different to smoking. Play around with the different flavours until you find one you really like.”

Paul finished the interview by saying:

“There just isn’t anything positive about smoking. The harm and the cost is just not worth it. Vaping is so much safer than smoking tobacco, it’s worth giving it a try.”