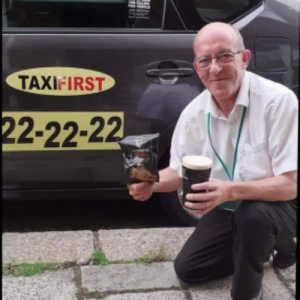 John, 56, started smoking when he was 16 years old. Before he became smokefree he would smoke 20 – 30 cigarettes a day.

Before John quit smoking he would consistently wake up in morning with a terrible cough and struggle to make it to the kitchen due to extreme breathlessness. He put his ill health down to smoking and knew it was time to quit. “I needed to change for my health, it was really starting to affect me.”

John called One You Plymouth for support and was promptly booked a stop smoking appointment with our NHS Stop Smoking Practitioner Camilla. He used Zyban to aid his quit attempt. For the first 6 – 7 days he took one tablet per day and was still permitted to smoke. Then, after 7 days he was instructed to increase his intake to 2 tablets per day and to his surprise he found that smoking made him feel sick and he found that he could not stand the smell of smoke anymore. “I never smoked again and still don’t to this day. I wake up in the morning and have a whole new lease on life and so much more get up and go!”

After only three days of being smokefree, he found his cough had completely disappeared! “I don’t wake up in the morning with a bad cough anymore and I have so much more energy now!”

With his breathlessness and coughing completely gone, he is delighted that he can take long walks, something which was not possible while he was smoking.  “Before, any heightened actively would make me breathless.”

He also noticed that food tastes so much better now and can eat proper meals again whereas before he just used to snack on food.

What’s more, John is delighted by the fact that he is saving so much money by not buying expensive cigarettes. “I am saving roughly £10 per day! With all the savings I can afford for me and the wife to go on a lovely holiday.”

Our NHS Stop Smoking practitioner Camilla supported John every step of the way:

“Camilla was really helpful, and she said that I could phone her anytime I needed which was really motivating. Her weekly phone calls were so supportive, and it helped having someone to talk to.”

“My wife and daughter are so proud of me. They really hated the smell of the smoke. I can’t believe how easy it was to give up after smoking for so many years. I would recommend Zyban to others as they really work by putting you off smoking.”