Smokers encouraged to take part in Stoptober, as they report smoking more during pandemic 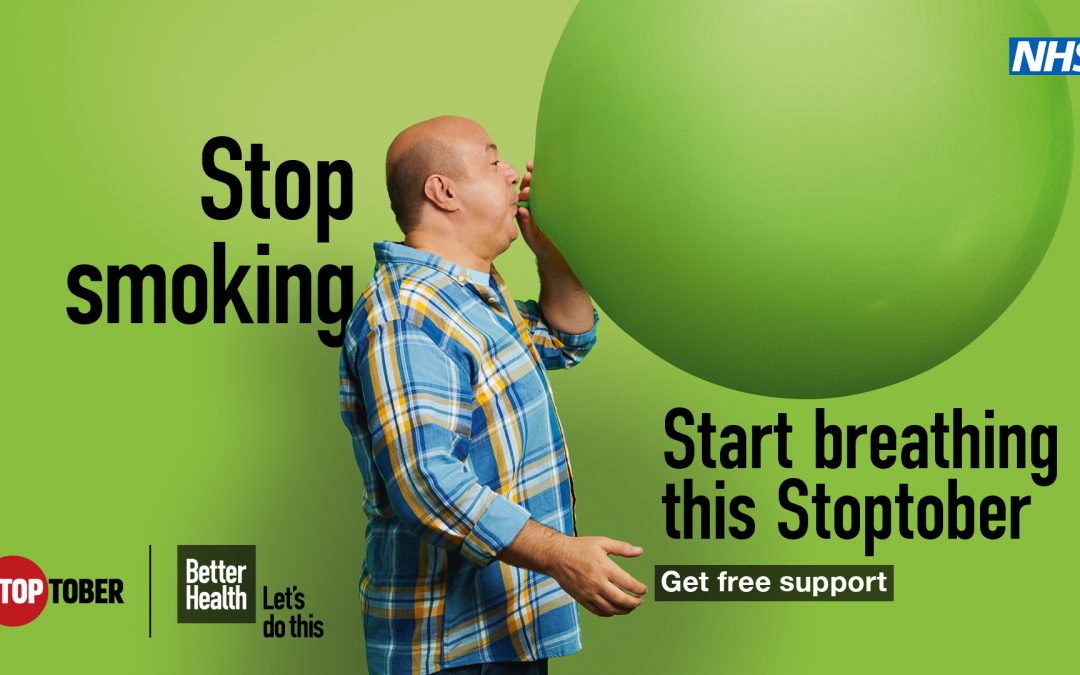 Stoptober is back to launch its 10th mass quit attempt on 1 October, calling on smokers in England to join the 2.3 million others who have made a quit attempt with the campaign since it launched a decade ago in 2012, according to Public Health England’s monitoring evaluation data.

Over 6 million adults in England still smoke, and it remains the leading cause of premature death, with almost 75,000 preventable deaths a year. A new nationwide survey of 2,000 current smokers, released today, has found that nearly half (45%) have been smoking more since the first lockdown began. Key reasons reported are due to being bored in the lockdowns (43%) or the COVID-19 pandemic making them more anxious (42%). Data from the monthly UCL Smoking Toolkit Study indicates a large increase in smoking among the under-35s since the pandemic – up from 18% in 2019 to 24% now.

The disruptive impact of the pandemic on smoking patterns make this year’s Stoptober mass quit attempt more important than ever. Stopping smoking brings multiple benefits to health, some immediate and others that build over time. These include being able to start moving better, being able to breathe more easily and saving money. The average smoker can save £1,875.60 a year by quitting smoking (based on July 2021 price (£11.46), minus July 2011 price (£6.59), which equals £4.86, or 73.6%).