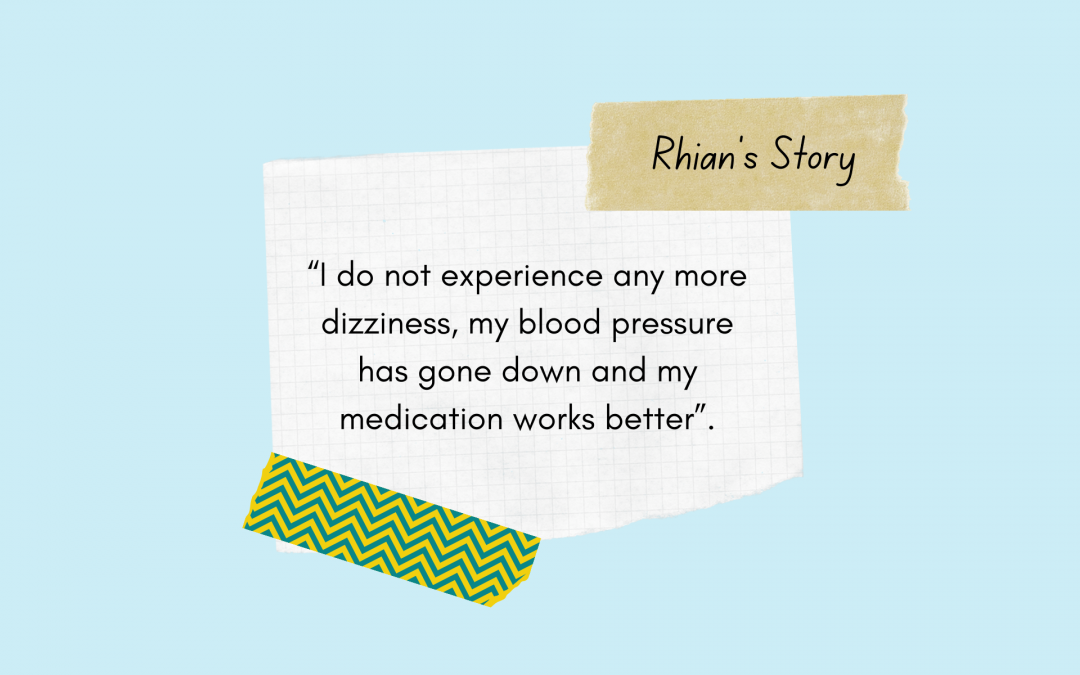 Rhian started smoking when she was 9 years old due to peer pressure from older friends. She was smoking 20 a day before she quit and, felt guilty about how much she was spending on tobacco that would otherwise have gone on her children. However, Rhian has now successfully quit with support from Lisa, one of our stop smoking practitioners.

A New Way of Thinking

She decided to quit smoking for her health and for her children. She was shocked when her 3 year old daughter caught her rolling a cigarette in the kitchen and her daughter said “when she’s older she is going to smoke”.  At roughly the same time her dentist reported a high level of tobacco staining on her teeth. That was the final straw for Rhian and she was very pleased to receive a phone call from us offering stop smoking support, due to a referral sent to us by her dentist.

Rhian had got into the habit of going outside for a cigarette even though she felt like she didn’t need one. “I felt like I needed a cigarette when I didn’t really want to smoke. Sometimes I only smoked half a cigarette. It was all in my head.”  Rhian’s advisor Lisa advised her to step outside still but, to do something else besides smoking. In fact lots people simply go outside to release tension without smoking.  “You think that cigarettes calm you down but they actually do the opposite and, can even raise your blood pressure”. Having previously suffered two blood clots in her legs, this was worrying news and really spurred her on to quit smoking.

Since quitting she’s noticed a real difference to her health and her bank balance! For anyone else thinking of quitting Rhian says “Think about the money you will save, it is a lot of money. Then think about what else you could be spending it on.”  Rhian admitted that she felt guilty about how much more she could have bought for her children if she wasn’t buying tobacco. The health benefits to quitting are a real bonus too, adding that “I do not experience any more dizziness, my blood pressure has gone down and my medication works better”.

Rhian pointed out that “Many people assume that they’ll put weight on if they quit due to eating more, but this is not the case at all. With the dizziness gone I don’t feel so tired and have more energy in general so I’m more active now and I’ve actually lost weight since quitting. “ She has also become very aware of the sheer amount of time that was being taken up by going on cigarette breaks. She finds that she’s able to get a lot more done during the day since eliminating the time-consuming cigarette breaks.

Getting the right support was crucial

She said that her adviser Lisa “was amazing and always called me when she said she would. She kept reminding me about the things I’d be able to afford when I quit and I found this really motivating.” Lisa also helped Rhian find a meaningful exchange for quitting by using a vape which was “delivered to me straight away. I didn’t get on with the fruity fluids but Lisa sorted me out with another flavour really quickly.  She was really motivating and praised me when I did not smoke which really helped”.

If you would like advice and support to quit smoking like Sarah you can contact the One You Plymouth team today and we can help you take the first steps to become smoke free call 01752 437177 or email [email protected].