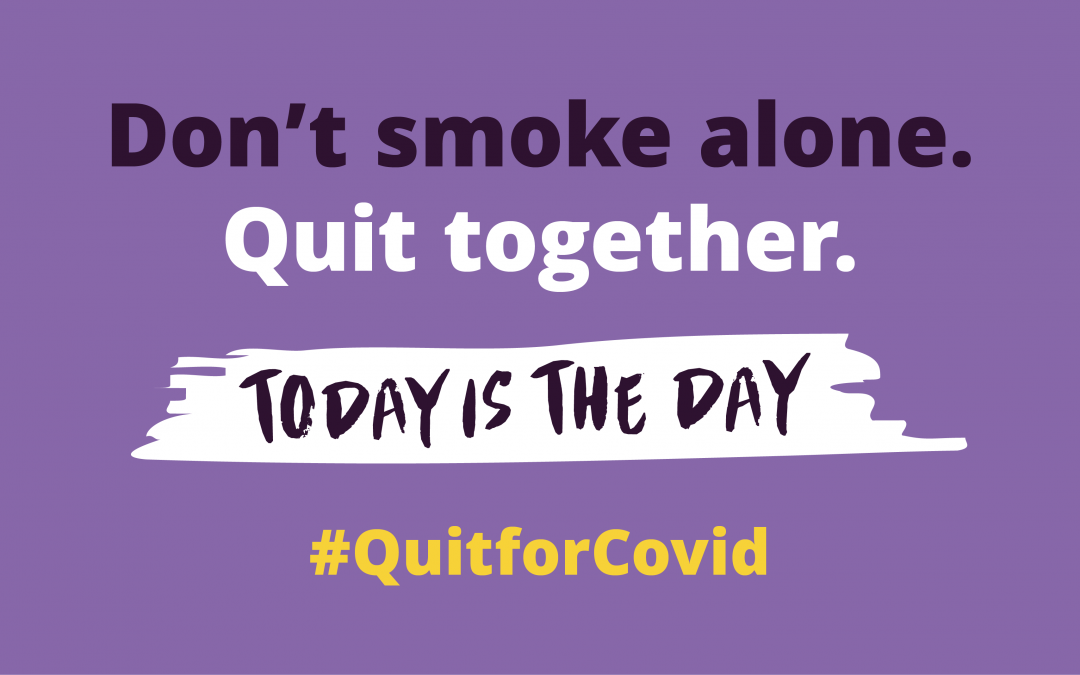 Graeme approached the Wellbeing Team at the end of March 2020 for support to quit smoking and has now been successfully smoke free for 14 weeks.  Graeme was a long term heavy smoker who has tried to quit in the past but found that the ‘Quit for Covid’ campaign really inspired him and has now been smoke-free since from April 14th 2020.

Graeme has been working with our Practitioner Vikki over the last couple of months to support him to quit. He told me that Vikki has been brilliant and she has listened and helped him to learn so much both about smoking cessation, as well as other aspects about himself and his life.  He feels very lucky to have had Vikki to support him not only to quit, but that she to also had help him in various other ways including providing him with resources for his mental health.

Having initially used patches, Graeme now only uses the NRT spray as and when needed. Graeme also feels confident that he has a plan in place for when he has the urge to smoke after being able to discuss this with Vikki when he felt he was at risk of smoking again.

Graeme told me “You get a life when you stop smoking” and that he is learning to have confidence in himself, how to overcome his old thought patterns, and how to be kinder to himself. He highlighted that it takes a lot courage to make life changing steps but that it’s well worth the effort.

When I asked Graeme how he would sum up the One You Plymouth service and the support he has received, he told me that we are “A very rational, emotionally supportive, compassionate and understanding team of people, who are willing to engage, listen and point you into the right direction of other areas of your life if needed.”